Lay Aside Every Burden – By Laurence Torr

Begin To Practice These Three Things

A Letter of Praise & Testimony 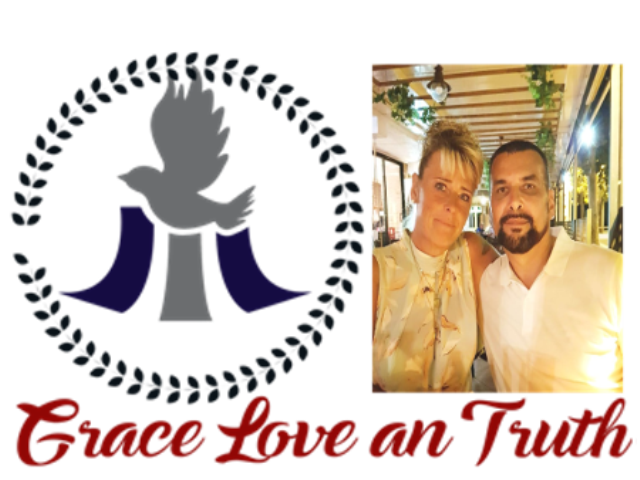 A letter of Praise & Testimony

I received a letter from a wonderful Believer Bambi, from the USA, on how God has provided all that she needed  through prayers and request to God, when she had very little Bambi was living and working in Nicaragua, but through the civil unrest there God showed her to come back to the USA, she had to leave everything behind in the Country. But God is faithful and as she trusted  God to supply all her needs He came through abundantly for her. Below is the letter I received from her and she gave me permission to share with you all.

Hi Laurence,
I hope that everyone is well and seeing great miracles every day, I still listen to the Fellowships and teachings and am glad that you send them out, although I miss being able to call in.
I had some friends come to visit me last weekend and the blessings in my life we so apparent that they were stunned and after some of their comments and questions I realized that God has been working in my life and it was something that I should share. This time last year it would have seemed ridiculous to me to go on about furniture, but it has been a blessing.

I recently had two friends come and visit. When they arrived I showed them around my apartment and one of them commented on how lucky I had been to find such a nicely furnished apartment in such a great area. I told them that the apartment had not come furnished. When I arrived from Nicaragua I brought a Swiss army knife, a sleeping bag, a towel, a coffee mug, a camper’s drip coffee maker, and one small cooking pot. That’s all I had, not including the three cats. I certainly didn’t have any furniture.

The apartment had come with a few items that I had not known about when I signed the lease, which I was extremely thankful for. A microwave, a dish wrack, and a shower curtain. That was the total sum of what I was starting my life over with.  Two believers came over when I first arrived and brought me a real electric coffee maker, some plastic storage bins, dish towels, and a bathmat. It was a sparse beginning, but I used what I had.

Slowly over the next eight months what I needed came. First a bed, and the cat stand, a chair and a pillow that I specifically prayed for so that I could set it on my lap and lay my Bible on it when I read in the mornings.

Each item was brought to me by a mix of different people I was so amazed at how what I specifically prayed for was given to me, and even delivered to the third floor where I live. A neighbor offered me a desk, and the landlord even helped me get the desk upstairs.

So as time went on I would verbalize my needs by letting God know what it was that I needed, and it would arrive. Sometimes the same day, sometimes months later. But if I needed it, it did arrive. A bedside table, then a lamp for the side table, one by one I got what I needed.

One day, tired of using a plastic cup door drinking, I decided to order glasses online. God seemed to be telling me to wait, but I insisted that I needed actual drinking glasses. I made the order and the next day at work a colleague brought me a beautiful glass set that she wasn’t using anymore and when I got home my landlords had some glasses for me. Lesson learned. I should have listened to that still, small voice and waited to order glasses.

I decided that I needed a toaster oven and prayed about it, eventually this summer I found one in perfect condition on the side of the road that someone just didn’t want anymore. Sometimes some things were given to me that I didn’t pray for, but have turned out to be a blessing. A TV with an Apple TV so now I can watch Netflix. Two brightly colored afghan blankets, and a handmade quilt that is the same size as the bed that was given to me. Everything that I would need to make the apartment a comfortable home. One Saturday morning I had a mental list of some things I needed and I went over it with God as I walked to a yard sale that was taking place near my apartment. I needed a coat rack, a side table, silverware, a mixing bowl, bathroom towel’s, and a lamp for the desk. As I was listing things out to God I realized how ridicules I was being. Even if the yard sale I was going to had all of those things I wouldn’t be able to carry them all back to my house. Then I had the silliest thought. Maybe if they had all of the things that I need at the yard sale the people running the yard sale would give me a ride back to my apartment. As soon as I had the thought I laughed at myself. For one there was no chance that anyone would have the exact list of what I had just let God know I needed, and who on earth would give someone they didn’t know who was buying things from their yard sale a ride. I didn’t even pray about it, I had been having an active conversation with God and I returned to focus on what was really important-finding a few items that I really needed at a reasonable price. The yard sale was a lot further from my apartment that I realized, but I finally found it. I was surprised to see that that had two coat racks in the yard sale. I ended up in conversation with the homeowner while standing in her yard. She had some nice towels that she was selling and would take $5 for one of the coat racks. She asked me what else I needed and I told her what I was looking for, she had a side table and a mixing bowl, but I told her that I had walked and I would not be able to carry everything back to my apartment. “Don’t worry about it.” She told me. “My daughter can give you a ride”. She went into her house and got me a box of nice silverware, a very pretty desk lamp, and she had a lot of items for cats that she wanted to know if I was interested in. In the end, she gave me everything for $20 and twenty minutes later I was riding back to my apartment with a car packed full of what I had listed out to God with her daughter giving me a ride and even helping me bring everything up to the third-floor apartment.

The last few items that I wanted came recently. My neighbor moved and she asked me if I wanted a dresser. When the movers came I tipped them for carrying the very nice light wood dresser up the three flights of stairs. A few days later someone asked me if I would be able to use a futon. I had prayed for a futon so when she offered it to me I thought I would burst from what God had done, and once again the person helped me move it up to the third floor. I’m not sure which is the greater miracle, the receiving of furniture, or so may people so willing to help me move it up three flights of stairs.

Finally, I wanted a desk chair. Of course, I looked out my window one morning and saw a really nice desk chair on the curb that was being thrown out and now I have a desk chair. Interestingly every need and even wish has been met, but slowly over time. As I realized I had a need I would wait, pray about it, and either realize that I really didn’t need it, or it would show up at my house. Pillows, bed sheets, a cooking pot, plates. Right before my friends came to visit last weekend, I looked around the apartment and realized how nice and like home it had started to feel. I was thankful that they would see me living in such a nice, well-furnished place and see that I was alright. That my needs were met.

In total, I ordered one lamp online for $8. I tipped the movers $20 to move the dresser upstairs for me. I paid the women at the yardsale $20. And I paid $8 for a set of drinking glasses that I ended up not needing. God furnished my entire apartment for $48. ( I ended up paying $57 for not listen about the drinking glasses.)

Everything matches, everything that goes into one room coordinates with the other items I already received. My home looks orderly and comfortable and not random and discombobulated.  Just like someone is intentionally picking out each individual item just for me.

I attached some photos for you so you can see for yourself. Everything you see was given to me (or the cats, even the tea kettle)
God is sweet, and He has never left me or forsaken me, and He has cared for my every need.
God Bless,
Bambi

Welcome to Grace, Love, and Truth. My name is Laurence Torr and My Wife is Kim Torr and We are ordained ministers, Who run a home bible fellowship as well as travel to international countries around the world, teaching and preaching the good news concerning Jesus Christ. We started this Website to encourage others in their walk with God and to grow in their relationship with Him and His Son The Lord Jesus Christ. If you would like to know more about God and Jesus Christ and How we can help You Please Contact Us at laurencetorr@live.com We look forward to hearing from You

Welcome to Grace, Love, and Truth. My name is Laurence Torr and My Wife is Kim Torr and We are ordained ministers, Who run a home bible fellowship as well as travel to international countries around the world, teaching and preaching the good news concerning Jesus Christ. We started this Website to encourage others in their walk with God and to grow in their relationship with Him and His Son The Lord Jesus Christ. If you would like to know more about God and Jesus Christ and How we can help You Please Contact Us at laurencetorr@live.com We look forward to hearing from You

5 thoughts on “A Letter of Praise & Testimony”

Sons of God Victorious Living Who You Really Are Now

Our Standing And True Reality Now – By Laurence Torr

Confidence in God – By Laurence Torr